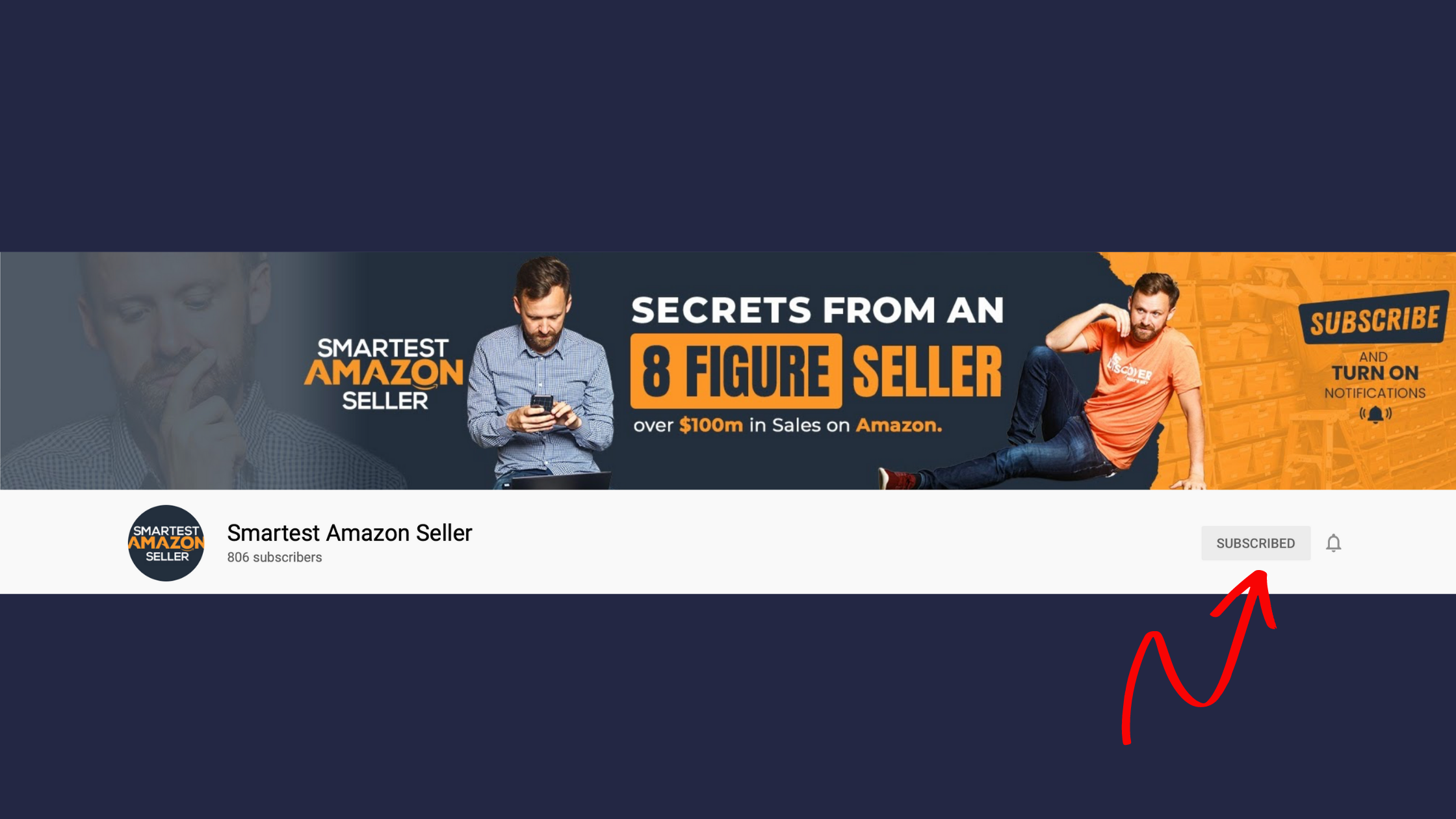 FIND THE BEST BRANDS WITH THIS LEADING AMAZON FBA SOFTWARE

As we turn the page on 2020, or for most eCommerce business owners, open a new tab, we can start to look back on the year and realize the magnitude of what we have accomplished. Sticking it out in grave times of global uncertainty is no small task. We'd be remiss if we didn't give ourselves a little pat on the back for getting through one of the most unprecedented times in E-commerce history. Here we are, still standing, some a little more rattled than others.

Along with massive change and exponential growth across Amazon small businesses, we saw the Amazon consulting scene expand to include new startups offering a range of services for all sizes of Amazon businesses. Whether you're wholesaling in Amazon, building a private label brand, or reaping the benefits of retail arbitrage, the services offered to support your business venture have drastically changed over the last five years, but more specifically in the last year alone.

Scott Needham is the CEO of Buyboxer, a top 100 Amazon seller, and a badass Amazon growth partner who's helped countless Amazon businesses scale and redefine themselves while achieving massive success along the way. You've likely heard Scott's name as he drove pivotal success to one of the largest third-party selling companies on Amazon- Buyboxer. Buyboxer was formulated in 2011 and is famously known as the ''Amazon partner you keep.'' Keep is an understatement. After scaling to roughly 60m in revenue and an employee network of over 100, you’d probably think Scott's a keeper too! You're also probably wondering how Scott found his start in Amazon and what drove him to launch two massively successful startups. The latter we will detail below.‍

AMAZONS PAST TOOLBELT WAS WEAK & STRAINED BY INACCESSIBILITY‍

In roughly 2011, the list of available resources and tools to Amazon sellers was limited. Alongside his brother, who saw great success on the platform, was the swift realization that a lack of Amazon-specific tools was blanketing the platform.There was work to be done and growth to be had. Utilizing his masters in software engineering, Scott transformed the toolbelt of the Amazon space for good.

Of course, any remarkable change is not without challenge. Years were spent optimizing inventory management, enhancing ordering systems, streamlining shipping processes, and essentially conjuring up any way possible to speed up processes and increase profitability with the least labor possible. Every business owner's dream! A computer engineering degree amongst his drive and ambition would propel Scott to rebuild systems and, in effect, create one of the first self-identified Amazon focused software platforms at the time. The now referenced Boyboxer above.

If that wasn't enough, Scott saw opportunity knocking, demand for more tools, more insight, and more leading technology with a more robust platform than ever before. With the explosive experience of Buyboxer alongside him, his master’s in computer engineering, and a family retail business as his introduction to commerce, Scott had another Amazon trick up his sleeve, and its forecast is once again looking impressive.

Smartscout may be newer to the Amazon scene, but that does not mean this startup isn't packing punches with deliverables to its clients. SmartScout is an Amazon brand and product finder that offers up a comprehensive list of 50,000 brands on Amazon. It makes filtering data effortless and ridding your projections of very competitive brands a sinch. Find Amazon's in-stock rate, and next thing you know, you're headed down the yellow brick road to skyrocketing success.

The data behind SmartScout is what is gaining this new seller platform venture momentum. Hundreds of thousands of code lines and about as many dollars went into making this software a one of a kind analysis of Amazon.It eliminates the pain points of figuring out what a brand is actually doing and its estimated revenue- essentially taking the guesswork out of finding viable opportunities. Here's the catch though, this isn't just a singular opportunity platform. With swifter technologies and code rolling out, the platform is rapidly expanding to cover various sales avenues on Amazon, not just wholesale.

THE COMMUNITY IN AMAZON IS STRONG

In 2020, after a Reddit article blew up, Scott realized further need for conversation and resources in the Amazon scene that wasn't the standard how to get started in Amazon or private labeling. Discussions began that opened his eyes to the simple fact that people wanted information outside of the standardization that Amazon has seen in recent years. That's when the Smartest Amazon Seller Podcast began. With his true entrepreneurial spirit, all be it aside from his entry level camera experience (Sorry, Scott!), Scott made the jump to Podcaster and Youtuber. With serious intentions of bringing valuable information and insight to all landscapes of Amazon, Scott covers topics ranging from leveraging the work smarter, not harder ideology, to ppc strategies and real-time successes and failures.

Aside from propelling Buyboxer and Smartscout towards engineered success, Scott felt compelled to contribute to the growing community in Amazon. Not contributing to that community would be a disservice to Scott's knowledge and wisdom gained along the way. Scott's content is insightful, honest, and real.

While Amazon in 2020 wasn't an easy road, many opportunities were born out of pure challenge, and SmartScout is no exception. Formulated to save our users time and cash, we offer leading resources for people willing to launch into the Amazon.